Always with humanity, always from the heart.

Respect for humanity is the founding principle from which we strive for better human relations and hospitality. Also, through our educational and research endeavors we wish to contribute to a society that values health and culture.

Always with humanity, always from the heart. 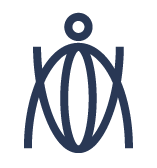 NIU created this emblem with the aim of inspiring "Respect for Human Beings" in the minds and hearts of our students and staff. The intersecting letters N and U express the historical image of Nagasaki, a place where civilizations and cultures have fused and where our university stands poised connecting the past with the present.

In the center of the emblem, the letter "i" represents humanity and suggests that our educational and research activities can bring hope and happiness to the 21st century.

Message from the Chancellor

Under the basic philosophy of "respect for human beings", NIU was founded in 2000 through a “public private partnership” among our parent organization, an educational foundation Kyushu Bunka Gakuen, Nagasaki Prefecture, Sasebo City, and the local business community. In fact, it was founded owing to the great expectation, and enthusiasm we receive from the community.

In such professional education curriculums related to “life, health, and livelihood”, we support students in acquiring the various specialized knowledge and skills to obtain national qualifications and licenses and provide various career support so that students can play an active role as key personnel in the local community after graduation based on the consistent policy from enrollment to graduation. In recent years, we promote cooperation with the local municipalities and industries as well as other domestic universities to become a regional intellectual base in an effort toward regional revitalization, and therefore students can access many opportunities to learn from the social engagement.

Moreover, just like our university name, which includes the term “international,” we promote the cultivation of human resources with a global perspective. We actively conduct study abroad programs in which students can study at sister universities in Asia, Europe, and the United States. In addition, we also actively accept international students mainly from Asia in order to create an environment to learn about multicultural coexistence.

Furthermore, one of the characteristics of the university is the practice of cultural education. We adopt the “culture of tea ceremony” to embody our “founding principles” of hospitality. It is also the basis of the human education our parent organization, Kyushu Bunka Gakuen, has developed for 60 years since its foundation. The term “tea ceremony” means more than just an art form. It is a philosophy. It is also the history of ideas as well as culture. It is because tea (ceremony) is closely tied to Zen (Buddhism).

The tea ceremony is based on the idea of the "seat." The person who serves the tea and the person who drinks it both sit and share the same space. In the context of a university, it encompasses the concepts of teacher and student, and of junior and senior, both standing on the same footing and supporting each other with mutual respect. One could say that the graceful carriages, dignity and “hospitality” acquired from it are the spirit of NIU. I believe that students can make use of the spirit in the future no matter which departments they are in or what field they are going into.

In addition to acquiring specialized knowledge and skills, the cultivation of lasting personality is one of the significant implications of what we learn at university in our social and occupational life as well as in our long life.

Many universities are founded based on the principles of Christianity or Buddhism. One could say that the equivalent of such religion or religious principles that support the philosophies of universities is the “culture of the tea ceremony” at NIU. We intend to cultivate cultured human resources with a rich sense of humanity through the culture of tea ceremony as a comprehensive art.

I hope student at NIU acquire the “spirit of hospitality”, develop their individuality, and pursue their hopes for the future. I would like them to become human resources that can contribute to the local community and are valued and loved by the local people.

Message from the President

For your fulfilling university life

A new school term has just started this spring when wild cherry blossoms are in full bloom here and there in fields, and someiyoshino blossoms fully blooming in our campus and riversides. It seems like cherry blossoms are congratulating our freshmen's new campus life. All of the faculty members and current students would like to give all of you who are enrolled and have just started your university life at Nagasaki International University (NIU) this April a warm welcome.

NIU commemorates its 18th anniversary this year. Starting with the Faculty of Human and Social Studies, our university established the Faculty of Health Management, the Faculty of Pharmaceutical Sciences, and the Graduate schools in succession, and has grown to have about 2,100 students. Aiming for globalization as well as glocalization, we have concluded international exchange agreements with 54 universities in 11 counties and regions. About 210 international students enrolled are from these counties and regions. Sasebo city, where NIU is located, has long been known as a cosmopolitan city, and has actively interacted with the US, as there is a U.S. military base here. The city also attracts attention as a sightseeing spot, with the number of cruise ships from foreign countries to Sasebo expected to increase. We hope that our students will grow as global-minded persons while experiencing different cultures.

NIU's policy is to foster a spirit of respect for human beings with hospitality and develop talented human resources who can contribute to society, so that we always look for the best ways to provide enhanced education and training, contributing to society by keeping the idea of "student first" in mind. We have just introduced active learning methods into all subjects this academic year for active and proactive learning, and installed three "Learning Commons," which are places and facilities on campus such as the university library to support students' learning, as part of improving the learning environment to enhance the motivation for leaning, establish close ties and improve communication with faculties. Having said that, your efforts are more important than anything else for better learning. In keeping with the saying, "there is no genius that bests hard work," the sum of efforts will make your future life enriched.

In addition to learning, please enjoy club activities such as sports and culture on our campus. Volunteer activities such as collaboration with local communities and learning support for people with disabilities will also give you various experiences, resulting in improving yourself. Furthermore, our students have succeeded in the stop smoking action on and around our campus. We hope to continue it for the maintenance of people's good health and a clean campus. All the faculty members will work together for your better campus life.

Your university life may seem long but it is actually short, and if you become careless, four years or six years in the university may pass in the blink of an eye. I hope you will make the most of your university life to move forward with your goals without regret and forgetting beginner's humility.

At Nagasaki International University our founding principle is respect for humanity. We hope to realize a more compassionate society through an understanding of human nature. For that reason the concept of hospitality is at the heart of our efforts to train specialists capable of great advances in their respective fields.

The Meaning of Hospitality through the Tea Ceremony

At NIU, practicality is the foundation of our education and research from which we are able to train talented individuals who can contribute to society. We place a special emphasis on applying what is taught through practical experience both in the classroom (through special practice classes) and in the field (through internships and training). Faculty take a personal interest in advising each student so that they may reach their full potential.

Our main mission is to cultivate independence and creativity in students. To achieve this we offer seminars with small class sizes to all students from year one. In these intimate learning environments students present and debate ideas. Also, in our foundation level classes students who are weaker in certain areas can acquire the knowledge they need to succeed in more specialized classes.